And the winner of GCB Recruitment’s ‘Employee of the Month’ for the month of March is…….Oliver Cliffe!

This month was particularly hard when it came to choosing our next Employee of the Month with a number of people in the running right until the very end. But in the end, Oliver won the coveted title based on his consistent performance throughout the last couple of months. 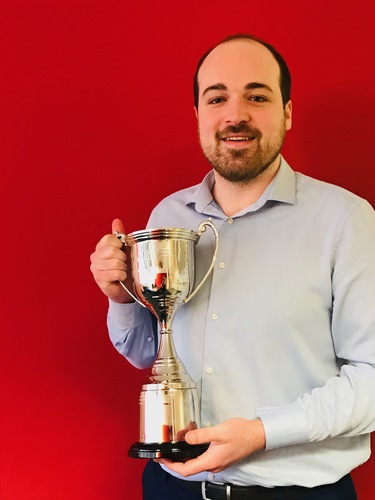 Following on from his brilliant performance of 2018 Oliver has continued with his tenacious attitude into the new year making him GCB Recruitment’s top performer of 2019 so far! Single-handedly taking our financial services department to new heights by continuing to exceed his targets; both gross and net, every month.

Not only has Oliver done a great job in terms of recruitment he has also been continually demonstrating his commitment to his work by coming into the office early every day and being one of the last to leave. As well as, assisting management in the training and development of our new starter. By taking valuable time away from his own work to provide advice and guidance.

Well done Oliver! Continue going at this rate and you’ll potentially be in the running for the biggest GCB title of the year……‘Consultant of the Year’ - Keep up the amazing work. We have a feeling this could be your best year yet!